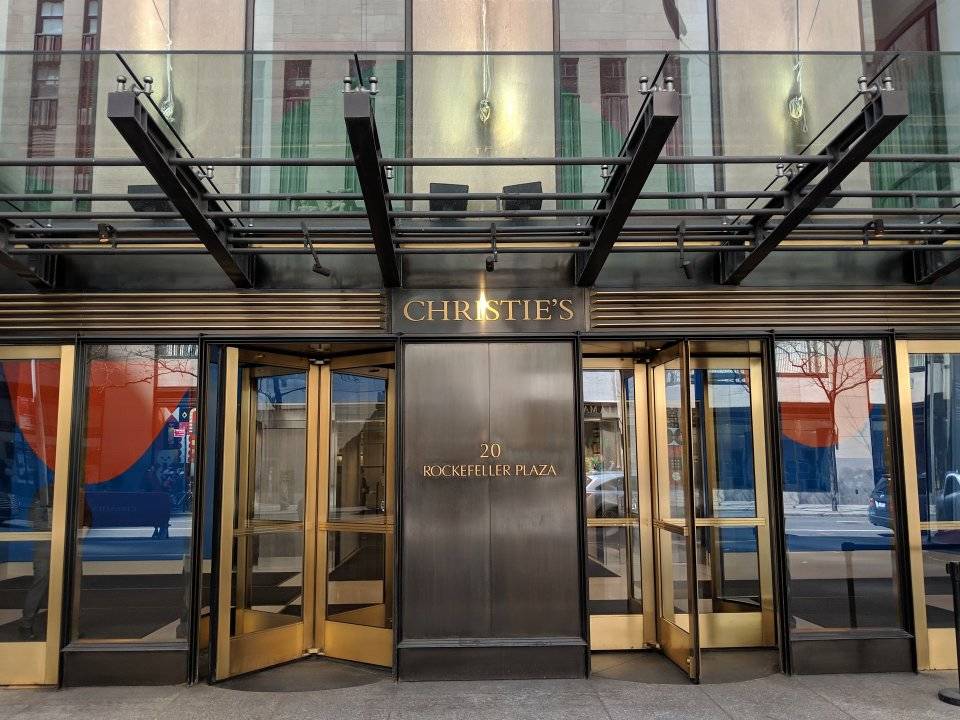 Auction houses may be closed to the public, but some buyers and sellers seem to have had no problem exchanging a paddle for the click of a mouse.

The number of online-only auctions held around the globe last month rose 63 percent from the equivalent period in 2019, according to new analysis from the Artnet Price Database. All told, these sales generated $20.7 million—around 20 percent more than online sales made in March 2019, and a sweeping 75 percent more than in March 2018, when the market as a whole was more robust. (Caveat: our database only collects information on online sales that publish prices.)

Still, the question keeping auctioneers up at night remains: Is the variety and volume of transactions enough to sustain the business in the midst of an indefinite shutdown?

The amount of money people are willing to shell out for art online is still a fraction of what they have historically spent during in-person sales, where buyers can get hopped up on adrenaline—not to mention the certainty that comes with having seen a work up close.

“Most economic and tech experts say this situation is going to accelerate trends that already existed, like the demise of retail,” says Michael Plummer, cofounder of the advisory firm Artvest Partners. “Online sales are going to go up because it’s hard to buy art any other way. But the question is: what is the magnitude of the change?”

The amount buyers are comfortable spending for an artwork online is likely to increase, he notes—but it is unlikely to increase enough to make up for what the houses are losing. Consider that the average price for a work sold online last month was $6,859. That’s down 16 percent from March 2019, and more than 500 percent less than the average price of a work sold at auction IRL in 2019, which exceeded $40,000.

Price isn’t the only limiting factor. So far, the most reliable success stories online are by brand-name artists and designers. Love them or hate them, demand for artists including Banksy, KAWS, Yayoi Kusama, and Yoshitomo Nara—those with internationally recognized styles, prolific output, and a wide variety of price points—is proving resilient.

Another unexpected boon of online sales is the number of new clients they are drawing in. Sotheby’s and Christie’s both reported between that between 30 and 35 percent of their recent online bidders were vying for material online for the first time, and almost 40 percent of the winners were first-time buyers. Artnet’s own April prints and multiples auction, which saw a 10 percent increase over the same 2019 auction, drew 50 percent new buyers.

One frequent consignor to auction attributed this buoyancy to a very pedestrian factor: boredom. “We’ve been sliding some of the lower-value stuff in these digital-only sales and I think people are so bored that the houses are getting broader folks signing up to bid and the performance of these things is higher than you might have thought,” the insider says.

Sotheby’s, in particular, has been bullish about online sales in recent months, picking up speed since its acquisition by telecom tycoon Patrick Drahi and converting additional in-person sales to digital-only events after its physical salesrooms shuttered last month. (Sotheby’s sold 578 lots online in March; Christie’s sold 60, according to the Artnet Price Database.)

“A lot of this was already in the works and that is a function of what we’ve been seeing and hearing from our clients,” Stefan Pepe, Sotheby’s chief product and technology officer, told Artnet News.

The strategy has been particularly good for the auction house’s non-art luxury goods segments, an area of increasing focus for Drahi’s team. Since the shutdown, Sotheby’s has launched weekly online watch sales and held multiple handbag and accessories sales. The house sold a total of $13.4 million worth of objects online last month, compared to $5 million in 2019, according to our data.

Christie’s and Phillips have been comparatively slow to ramp up online activity, but both promise there is more to come. Christie’s says it has more than doubled the number of online sales it will offer in April and early May, from nine to 20. “In this situation, in a crisis, it’s also a moment of truth for online sales,” the house’s CEO, Guillaume Cerutti, said in a call with press on April 7. “They are very much at the top of our priorities.”

The next two months will be a test of whether auction houses can translate the momentum they are generating online now to bigger-ticket items. Few believe a traditional in-person sale will be possible in June, when the auction houses have rescheduled their marquee May sales. Most of the industry is gearing up for some kind of in-person/online hybrid.

“That will be the first real moment in time when you could see to what extent the online sales are going to substitute auction sales,” Plummer says. “I find it hard to imagine that it will be a number anywhere near the amount needed to offset what will be lost.”