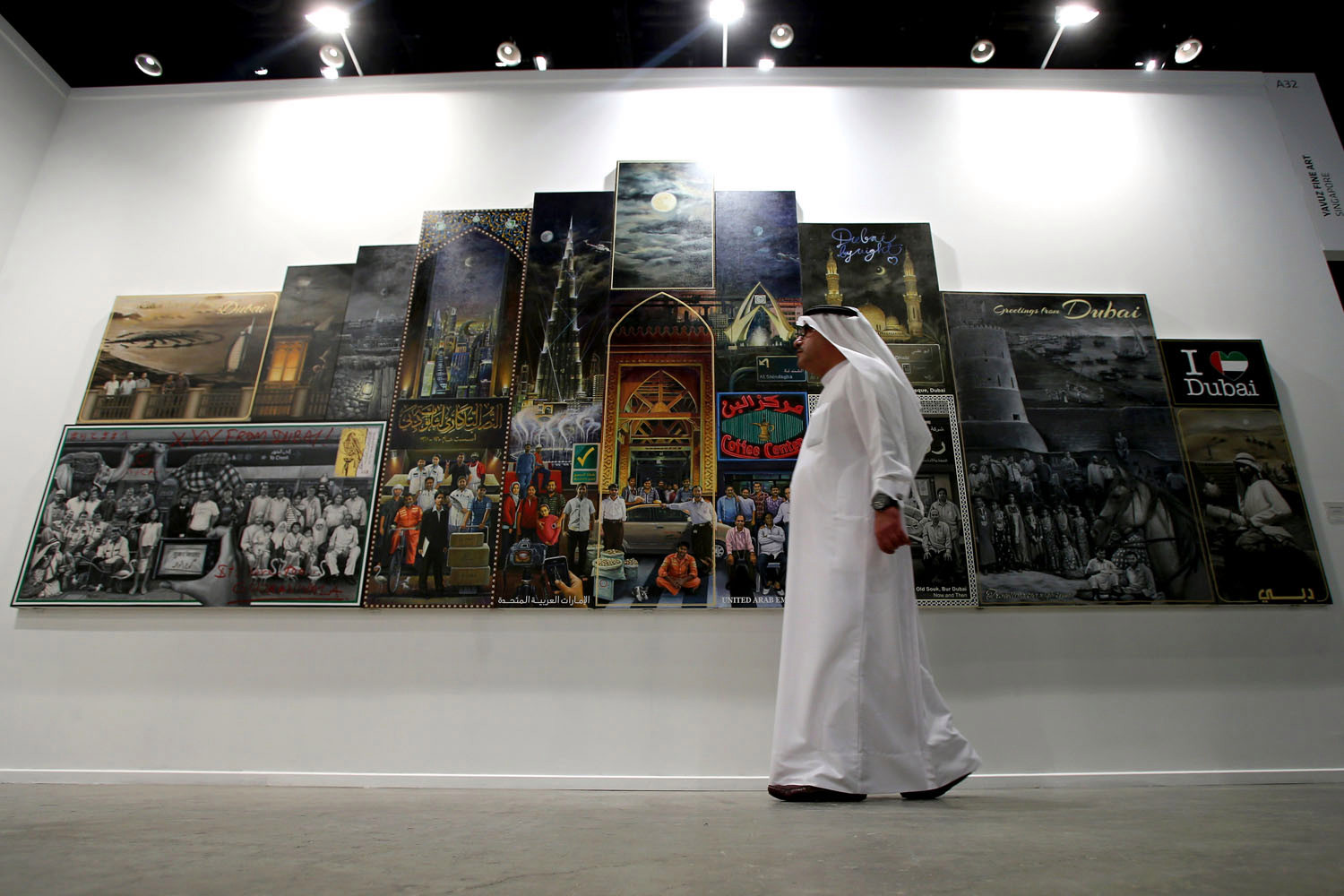 After Dubai’s Biggest Art Fair Was Cancelled, the UAE Government Swiftly Purchased More Than $400,000 of Work by Local Artists

After Art Dubai and other events in the United Arab Emirates were cancelled or pushed online in the face of the global health situation, cutting off a much-needed lifeline for many galleries and artists in the region, the country’s government decided to reach into its own coffers to buy some of the art itself.

The Ministry of Foreign Affairs’s Office of Public and Cultural Diplomacy has purchased more than AED 1.5 million ($408,000) in art made by Emirati artists in just a few weeks. The work will be placed in UAE embassies around the globe through what is informally called the Artists in Embassies program (an initiative similar to the United States’s own Art in Embassies program, which places American art in ambassadors’ offices worldwide).

Though conceived before the outbreak, the Foreign Affairs Office jump-started the program as a means of supporting the art community in the face of crisis.

“With the cancellation of the many art events that were scheduled to take place this season, we wanted to send a message of solidarity to our artists,” the Minister of State Zaki Nusseibeh told The National. “It is a message that demonstrates our deep appreciation and support for the local arts, and acknowledging that they are a critical part of the national identity.”

Nusseibeh, who is overseeing the initiative, said the ministry has acquired work for 10 embassies so far and will continue to add work to the collection until the majority of branches are spoken for.

“We want to lend our support to everyone who is part of the country’s rich artistic ecosystem,” he added.

The artworks were acquired under the guidance of a committee of curators, historians, and other experts who sought to build a collection that represented the diversity of art-making in the Emirates. Nusseibeh also consulted with diplomats across the world to match artwork to their offices.

Before the works are placed, they’ll go on view in a virtual exhibition hosted by Alserkal Avenue later this month. Alserkal, a hub of art venues in Dubai, just launched its new interactive website yesterday, giving users the chance to tour real spaces in 3D.

Art Dubai, the UAE’s biggest international art event, technically postponed its 14th edition to the spring of next year, through the fair has moved much of the programming planned for this year’s event—which was originally scheduled to open this Monday—online. You can watch series of talks, performances, and other programs on the fair’s website now and inquire about works that would have been on view via its digital catalogue.