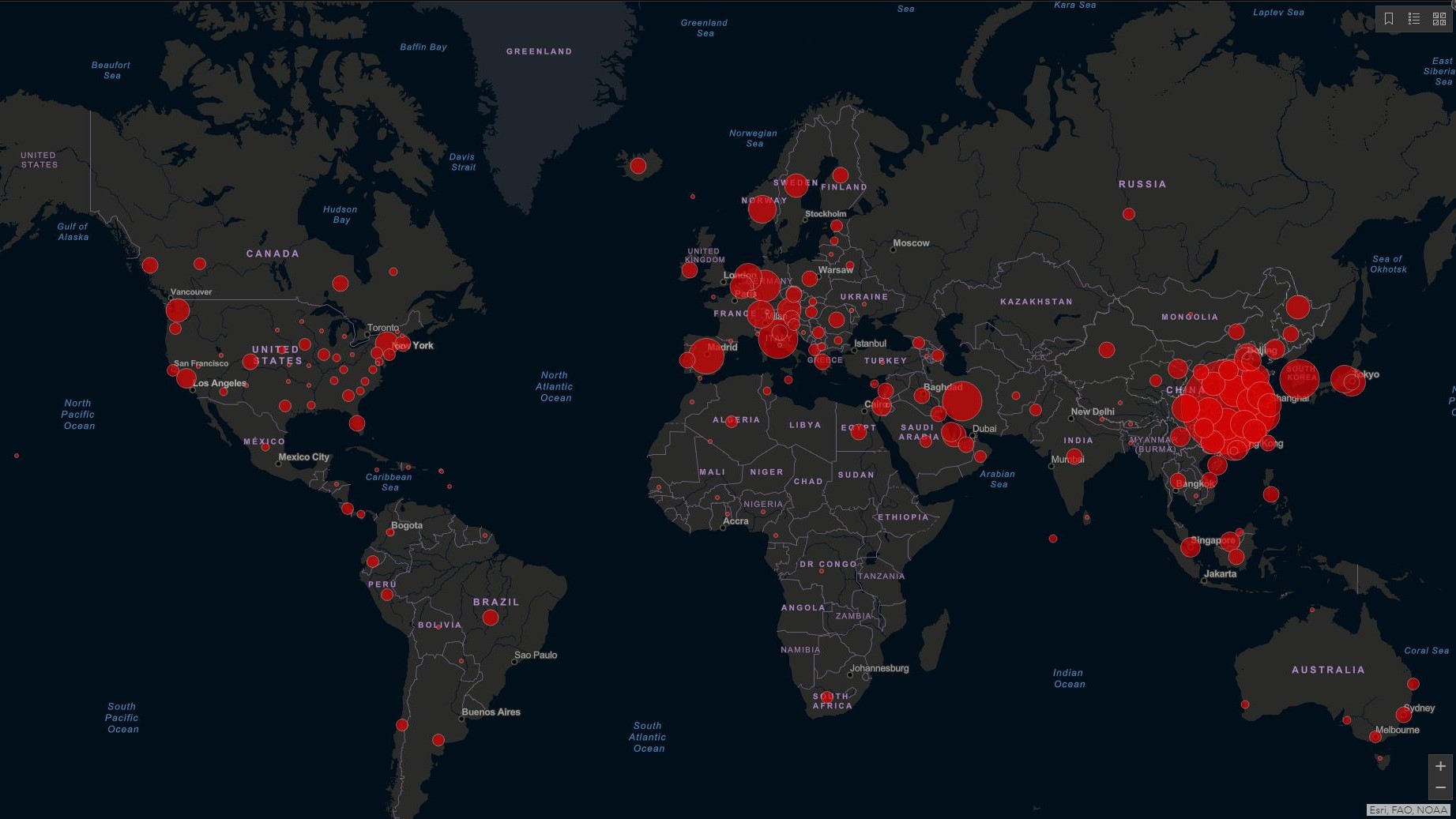 The World Catches a Dangerous Virus of the Mind

The pathogen that emerged in central China last December has spread with remarkable speed to six continents. Scientists are still trying to unlock the secrets of the novel coronavirus, known officially as SARS-CoV-2, but we know this much: It’s highly contagious and mobile, among many things, hitching rides on Asia-bound cruise ships, followers of an obscure South Korean religious sect, and skiers in the French Alps. Given its fatality rate of 2% or so, it’s thankfully not a killing machine like Ebola, which on average takes out about 50% of its victims.

Yet this disease outbreak has the potential to be more than a health menace: SARS-CoV-2 is a virus of the mind, expressing itself differently in the behaviors of economic actors—be they tourists, chief executive officers, or heads of state—as they weigh their risk exposure. It’s disrupting our work lives, vaporizing $6 trillion in global stock market wealth, and setting off negative economic feedback loops that have raised credible fears of a serious global downturn.

With its long, symptom-free incubation period, the virus, a strain of the coronavirus family of pathogens, seems perfectly designed for concealment and longevity, and experts don’t see an effective vaccine ready until 2021. So it’s a safe assumption that the world is going to have to coexist with this virus for the next year or so, and it could be a wild ride.

It was worrisome enough when the epidemic first emerged in China, a globally integrated economy with a massive mobile population. Yet the news barely registered with most major markets, even as President Xi Jinping’s government launched the biggest large-scale quarantine of the modern era, cordoning off much of the central Chinese province of Hubei, of which Wuhan is the capital, and effectively blockading more than 50 million people. As potentially costly to growth as that was, analysts and executives could get their minds around the potential risks to Chinese tourism, global supply chains, and multinationals with exposure to the world’s second-biggest economy.

Throughout much of January and February, investors were encouraged by bullish analysts to buy on the dip. The U.S. stock market bounded from strength to strength, powered by technology earnings and the attractiveness of equities vs. low bond yields. The S&P 500 Index touched a new high on Feb. 19. “The most compelling bull case right now is that there is no credible bear case,” UBS Global Wealth Management strategies team, led by David Lefkowitz, wrote in a note to clients.

That all changed when novel coronavirus cases started to emerge and soar in Italy, Iran, Japan, and South Korea, eventually flaring up in more than 50 countries and territories worldwide. Infections in South Korea jumped from 51 to more than 2,000 in less than two weeks. Japan has closed its entire national school system, with around 13 million students, for about a month. Saudi Arabia took the rare step of suspending religious pilgrimage trips to the kingdom and limiting entry by tourists to help prevent the spread of the virus. Regions with weak health-care systems, such as sub-Saharan Africa and South Asia, reported cases.

In such a shape-shifting and rapidly expanding epidemic, war-gaming the impact becomes mind-boggling and complex. It’s a multi-variable equation—with a lot of variables. When this was just about China, an economic bounce-back scenario seemed plausible. Now, as Bloomberg Opinion columnist Mohamed A. El-Erian points out: “The initial romance with a quick V by markets and corporate/economic analysts has finally given way to a more realistic assessment of the seriousness and severity of the sudden stops unleashed by the coronavirus.”

The virus is proving an expensive house guest as it hits corporate revenue, profit margins, and balance sheets. As El-Erian points out, the three major components of global gross domestic product—consumption, trade, and investment—are taking a hit to some degree from the spread of the virus. Even before the age of the new coronavirus dawned, global trade had fallen last year for the first time since 2009 because of a tariff war between the U.S. and China and a manufacturing recession. Now the world economy is on track for its weakest year since the financial crisis as the new coronavirus takes its toll, according to analysts at Bank of America Corp. Global growth will slip to 2.8%, from a previous estimate of 3.1%, and the Chinese economy will advance at 5.2%, which would be the worst performance since 1990.

The coronavirus wealth destroyer is also on a rampage just when fiscal balances are stretched in the U.S., Japan, and much of Europe. Major central banks, with the exception of the U.S. Federal Reserve, don’t have a lot of monetary bullets left in the chamber in a world of negative interest rates. Another worry, potentially a big one, is that the global credit machine is showing signs of distress. The $2.6 trillion international bond market, where the world’s biggest companies raise money to fund everything from acquisitions to factory upgrades, has been in a deep freeze as borrowers have pulled or delayed their planned debt sales.

All this economic pain can be viewed another way: It’s the price the world must pay for failing to improve biosecurity against the more than 1,500 new pathogens that have been discovered since 1970, according to the World Health Organization. The bill has come due. Get ready for a year of living dangerously.