Home Business News The Solar Industry Was Poised for a Strong Year, But Now Demand is Plummeting
Business News 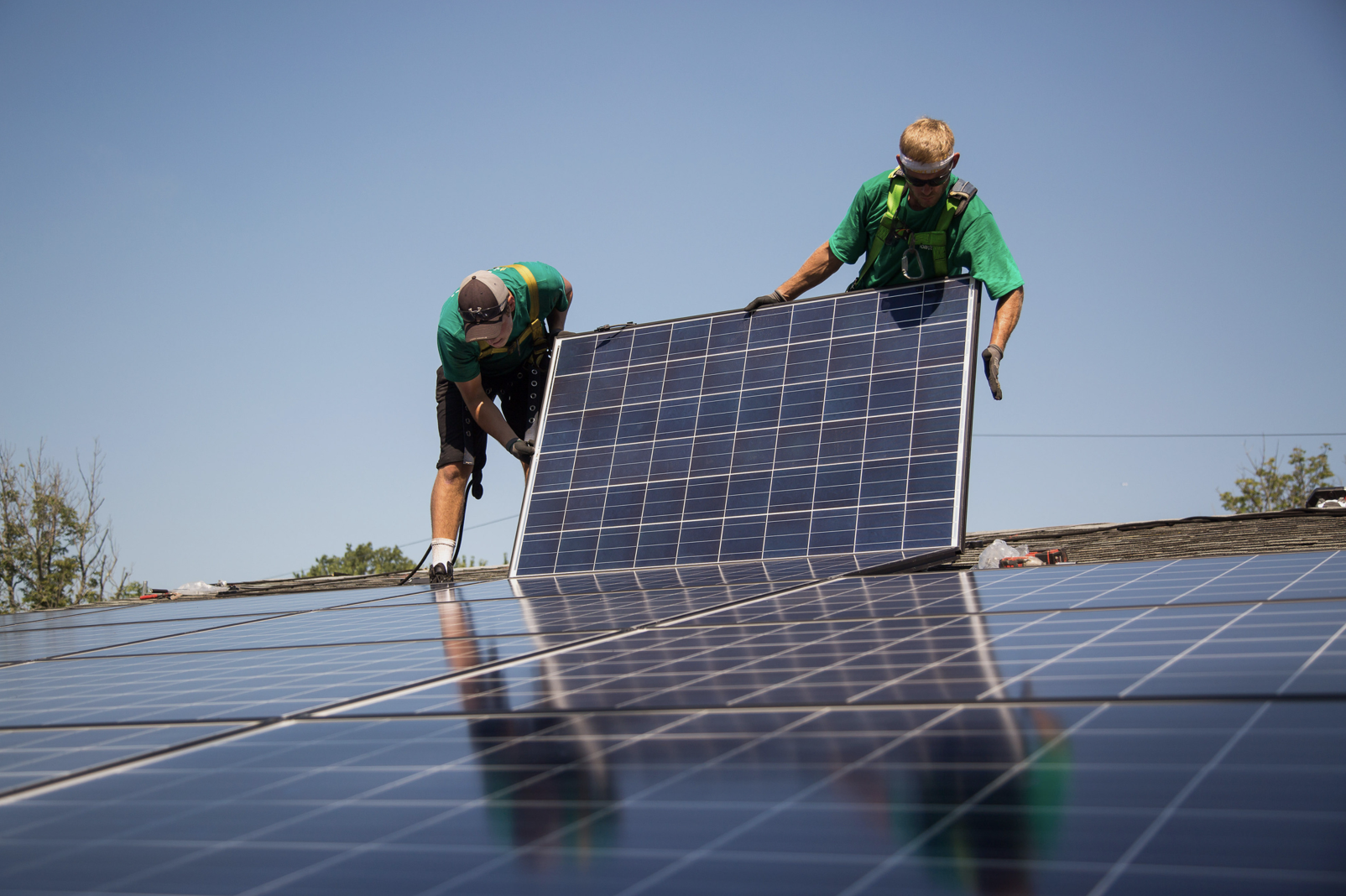 The Solar Industry Was Poised for a Strong Year, But Now Demand is Plummeting

When the coronavirus hit China late last year, America’s solar industry immediately started worrying about manufacturing. Asia is the main source of panels and other equipment, and with residential installers anticipating a bumper year, a bottleneck in the supply chain could be a major hindrance.

Turns out the industry’s biggest 2020 quandary is very different: dwindling demand. Many homeowners aren’t exactly in the mood these days to have panels or panel-installers on their roofs — even some who had already agreed to buy or lease them. Analysts are now predicting residential installations could tumble this year, which would be a big setback for a sector that’s key to fighting climate change and that’s been on the verge of transitioning from niche in many markets to neighborhood mainstay.

“When the virus first hit, everybody was like, ‘Oh my God, Chinese manufacturing,’” says Tara Narayanan, a solar analyst at BloombergNEF. “Now the question is: will global demand collapse?”

The coronavirus pandemic is hobbling residential-solar installations just as the sector approaches summer, a peak season. Social-distancing edicts have forced installers to scrap reliable marketing strategies like door-to-door sales at a time when selling just got a lot harder: millions of Americans are suddenly out of work.

Morgan Stanley projects U.S. residential-solar volumes may plummet 48% year over year in the second quarter, 28% in the third quarter and 17% in the fourth quarter. It says customers have indicated “they will delay or cancel home renovations.” Wood Mackenzie, a research firm which had projected 10% residential growth nationally this year, now thinks the market could decline as much as 34% from 2019. Already, some installations have been postponed, others cancelled. And based on applications for loans and leases and other factors, solar manufacturer SunPower Corp. said late last month that second-quarter residential demand could be down potentially between 10% and 30%—with California and New York at the high end of that range.

“When times get scary, people just go into the bunkers in terms of making decisions,” JMP Securities analyst Joe Osha says. “In New York and California, nothing has happened in March and probably not much will happen in April, either. That’s a big problem.”

It’s a sharp turnaround. While solar’s federal tax credit decreased this year, demand was surging. California, America’s biggest solar market, is now requiring most new homes in the state to be powered by the sun, and there has been mounting homeowner appetite for solar and batteries in areas prone to wildfires and dangerous storms. And supply concerns, while not extinguished, have eased.

Just weeks ago, some solar companies were rushing to hire workers amid a tight labor market. Now, 40% of respondents to a survey conducted by the Solar Energy Industries Association, the sector’s largest trade group, have reported staffing reductions. And sales have also been hurt by a surge in unemployment.

“People are not going to sign up for a 20-year lease or pay $20,000 for a rooftop system if they don’t know whether they’re going to be able to pay their mortgages in two or three months,” says Gordon Johnson, an analyst at GLJ Research. “We’re looking at a drawn-out recession.”

Residential sales have never been more volatile, says John Berger, the chief executive officer of Sunnova Energy International Inc. Most of the companies dealers’ have been affected, some more than others; a lot of it is location-specific. But the company’s cancellation rate hasn’t meaningfully changed.

It’s not just a matter of sales that’s hurting residential installations. Project permitting has been hamstrung in locked-down cities and counties that don’t allow government employees to approve installations from their own homes. In California, average weekly permits have fallen nearly 40% since mid-March, according to Ohm Analytics, a San Diego-based clean-energy data company.

Some companies and analysts are optimistic that demand could rebound after a weak second quarter if the pandemic is stanched in the next few months. Roth Capital Partners published a note last week suggesting that a shift to online sales could help reduce installers’ marketing costs, which “will help the industry return to its prior growth trajectory faster than expected.” And there’s still interest in home solar and batteries, says Tom Werner, chief executive officer of SunPower.

But it’s also possible the worst of the downturn is yet to come.

“What’s transpiring in New York and California today, will that be Texas and Illinois in two weeks?” asks Jeff Osborne, an equity analyst at Cowen & Co. “No one knows the answer.”
Source: Bloomberg