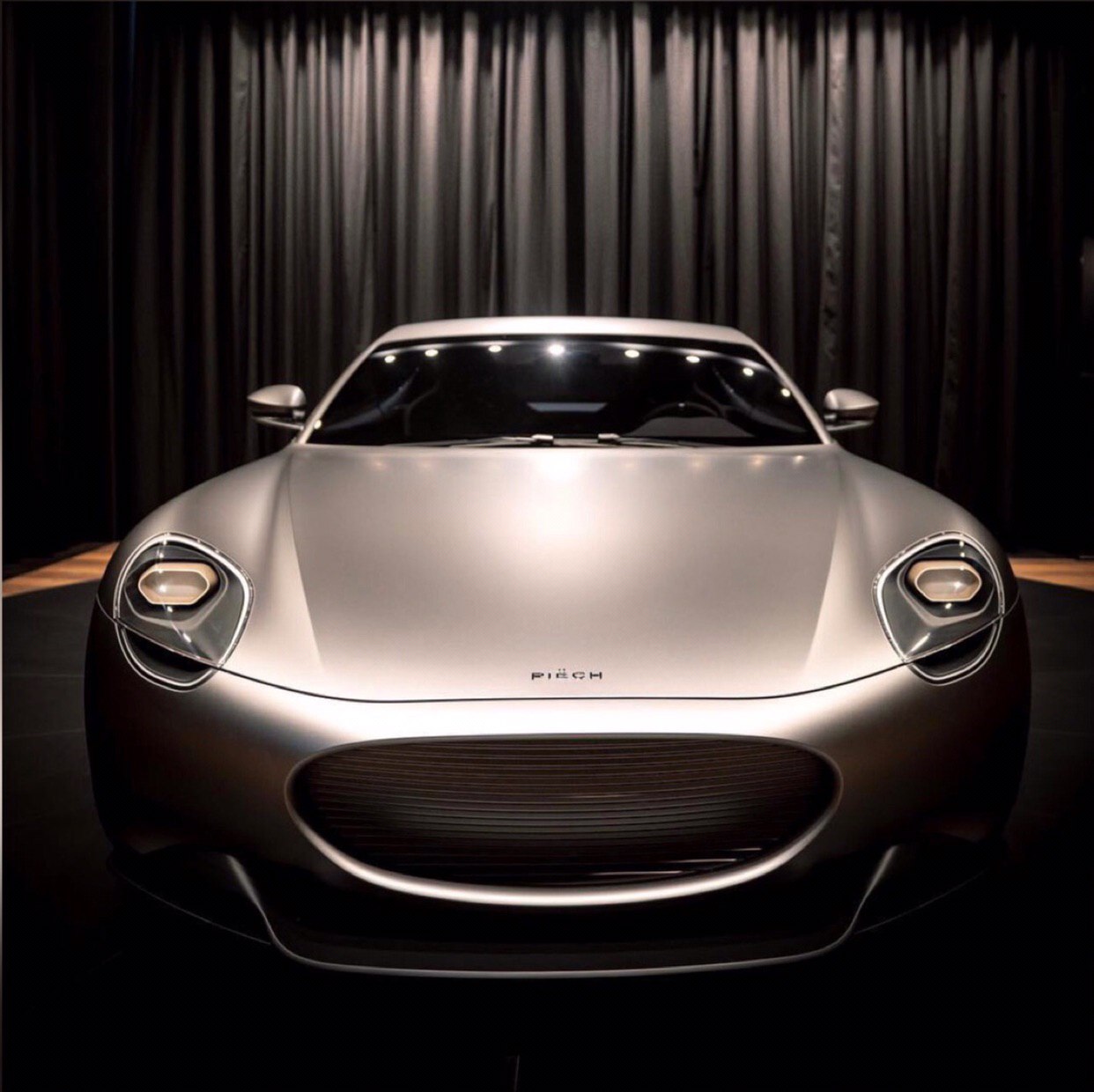 In 1948, Ferdinand Porsche—the famed Austrian automotive engineer and designer of the original Volkswagen—and his son, Ferry, started building sports cars for the first time under their family name. Seven decades later, the Porsche brand is synonymous with some of the most significant performance automobiles ever built.

Today another member of the extended Porsche family is gearing up to make his mark on the automotive world—not by redefining what it means to be a sports car but rather by changing the foundation on which one is built and challenging the traditional definition of what it means to be an automaker.

Four years ago, Anton “Toni” Piëch, a great-grandson of Ferdinand Porsche, and Rea Stark Rajcic, an industrial designer, were looking for their next big entrepreneurial opportunity. Introduced by a mutual friend, the two men quickly realized they were both interested in pursuing something in an industry in flux.

“We are living in a disruptive time,” says the 41-year-old Piëch. “This gives potential advantage to newcomers over existing players,” especially when they’re trying to enter a lucrative, capital-intensive industry like automotive. The advantage being that a startup is free from expensive legacy practices and expectations.

Unlike many established automakers, for example, a startup can forgo building and supporting, say, a multimillion-dollar research and development facility until a time when it is solvent enough to do so. This keeps the costs lower and allows the startup to be more nimble. “It is the only time we think it is reasonable to engage from an entrepreneurial perspective,” says Piëch, a former media agency executive.

Piëch and Stark decided to pool resources—both financial and intellectual—and build a company together. While both men are car enthusiasts, and building spectacular cars is, literally, in Piëch’s blood, they were still very hestitant to start building cars. Piëch, especially, knew just how unforgiving the industry could be: “Just because a person likes to drink wine doesn’t mean they should buy a winery.”

In 2016, after much soul-searching, they decided to incorporate Piëch Automotive—named after Anton’s father, Ferdinand Piëch, Ferdinand Porsche’s grandson and a legendary Volkswagen Group chairman, revered for transforming the People’s Carmaker into the modern automotive powerhouse it is today.

The two men wanted to approach the industry in a different way. They envisioned an electric performance car that would be at once timeless and cutting-edge. “We shared a frustration that [one] doesn’t [currently] exist,” says Piech. (In the years since those initial discussions, however, even Porsche has entered the EV market with the 2019 Mission E and 2020 Taycan.)

Being upscale was a must. “Luxury is the only end of the market that is stable,” Piëch insists. Plus, it is the only automobile segment that can support the cost of the company’s core technology: an open and modular platform, with swappable motors, batteries, and software. The underlying concept is that as the technology improves, so can the car. The chassis also had to be flexible, able to house a variety of drive systems—electric, hybrid, hydrogen fuel cell, even conventional internal combustion—and scalable like Volvo’s CMA platform that underpins the new XC-40.

“We think the risk of betting on the wrong technology at the wrong time is really big in the current marketplace,” says Piëch. So for now, the company embraces all platforms. Piëch calls it being “technology agnostic.”

Piëch Automotive has raised about $25 million through friends and family. “But we’re now looking at doing a bigger Series A finance round with more strategic investors,” says Piëch, hoping to raise another $50 to $100 million.

In March, at the 2019 Geneva Auto Show, Piëch Automotive unveiled its first concept, the Mark Zero, an upscale electric sports coupe. It combines typical sports car attributes and innovative technologies with a timeless and attractive GT profile (long bonnet and truncated tail). It also has very favorable proportions for a sports car—wide, low and long.  And there are even hints of some Porsche curves in its body.

Besides the modular architecture, the Mark Zero’s lightning-fast-charging battery pack will also differentiate the car from its peers. Sourced from China-based Desten, the battery can be recharged to 80% capacity in 4 minutes and 40 seconds, almost as fast as filling a car with gas at the pump, using a charging pod designed and built by TGood in China. While this claim is hard to believe, the company recently announced that it had the charging speed independently certified by sources in Europe and Asia.

According to Piëch’s lead engineer, Klaus Schmidt, the battery has highly efficient thermal properties that allow it to be cooled by air rather than liquid like many other electric vehicles. As a result, the batteries produce almost no heat during both charging and discharging, which allows for fast recharge times.

The TGood system is not necessary to recharge the car, however. That can be done with any fast charging system—such as ChargePoint or even Tesla, for example—as well as simply by plugging into a standard wall outlet. “You don’t need our charging infrastructure to be faster than everyone else,” says Piëch.

While self-driving technology will be part of the product mix (it will be equipped with the sensors and computing power it will need to navigate down the road by itself), the Mark Zero won’t be launched with a Tesla Autopilot-like feature. It will roll off assembly lines with technology designed to help the driver—like blind spot monitoring and advanced cruise control—without taking the steering wheel out of their hands.

The way Piëch Automotive plans to build the MarkZero—as well as a performance-oriented sedan and SUV—is also anything but traditional. For this, it turned to the tech sector for inspiration, eventually borrowing a page from Apple’s playbook. Instead of building cost-prohibitive development centers and assembly plants like other startups, the company hired people with experience in each specialty necessary to build the car: design, technology, development, supply chain, assembly, etc. It will then partner with companies that are staffed and equipped to do the heavy lifting in those areas—like Apple does with Foxconn.

“The whole business model, all our technology, is built around partnering with innovative companies,” says Piech. “We own the brand, we own the supply chain quality control, we own the design, we are customer-facing, we are brand development—everything around customer experience is what we want to have full control over. When it comes to the production [side], we use an array of tier one and tier two suppliers that are extremely experienced in specific areas of development and production.” So instead of one Foxconn, the Swiss-German automaker will have several partner companies doing some of the development and the physical assembly. As a result, Piëch Automotive is lean and asset-light. “Our overhead and running costs are low, and our modular vehicle architecture allows us to develop quite different types of cars in an extremely cost-efficient way,” Piëch explains. “That leads to much lower investment, a much better risk profile, and planned profitability in year or two on the market. Many things can happen along the way, but I think we are in a vastly better starting position to reach these goals than traditional automotive business models.”

Though many industry insiders question whether the company can actually call itself an automaker, Harvard Business School professor Willy Shih thinks the Piëch Automotive plan has merits. He says contract builders have been used in the auto industry for years to build niche cars like BMW’s Z8 roadster and Porsche’s Cayman and Boxster. It’s great strategy for startups. It allows them to “get a product out there, get some sales, [establish] a reputation,” says Shih, without spending a lot of capital.

It’s also a way of not being stuck with unused assets, if, say, the company has to pivot on a dime and change its drivetrain technology. “You don’t like metal-hydride batteries anymore?” asks Shih. “No problem, that’s your supplier’s problem.”

Because of this model, Piëch Automotive has only 25 full-time employees, split between its facilities in Zurich and Munich. “We’ve had engineering teams of 150-plus people working on [the Mark Zero] at any one time,” says Piëch. “We’ve had design teams, I think, of 80 to 90 people across different companies on the car during specific phases of the project.” But they don’t exactly work for Piëch directly. “This is key to us being agile and nimble,” he says. “We take the people and the companies that we need for a specific phase of development, for instance, and then when we don’t need them anymore, they’re not hanging around on our payroll.”

Piëch knows there is a lot more riding on PA’s success than that of most startups. Being a descendant of two automotive industry legends can be a double-edged sword. “I’m aware—we are all extremely aware—of the responsibility that we have towards the heritage of that name,” Piëch says. But the benefits can be enormous as well. “It’s been such a good fit for the type of car that we’re producing, for the type of brand that we’re building, for projecting the type of heritage that we’d like to project in the car.”