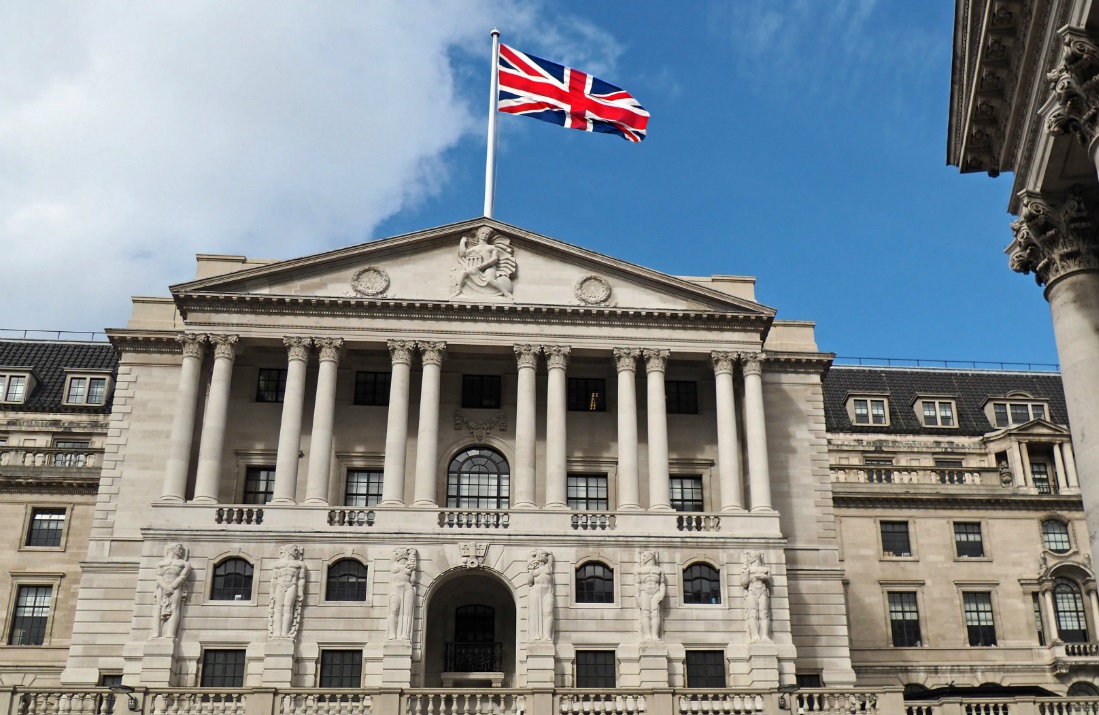 Actions of the British Central Bank

The Bank of England has raised its forecast for British GDP growth this year to 7.25% from the previously expected 5%, according to a quarterly review. According to the updated forecast, the regulator expects that in 2022 the British economy will grow by 5.75%, and not by 7.25%, as predicted in February. The forecast for growth in 2023 was left at 1.25%.

In addition, the Bank of England revised its estimate of the fall in UK GDP in the first quarter of 2021 to 1.5% from 4.25% in quarterly terms. In the second quarter, the British Central Bank expects the economy to recover by 4.25% due to a decrease in the incidence of coronavirus and an increase in the number of vaccinated people. The regulator also notes that the easing of quarantine measures in the country is taking place earlier than expected in February. Despite this, GDP in the second quarter will be 5% below the level of the fourth quarter of 2019-before the outbreak of the pandemic. The British economy will return to a pre-crisis level in the fourth quarter of this year, the Bank of England predicts.

According to the updated forecast of the central bank, unemployment in the country will peak at 5.5% in the third quarter of this year. In February, the regulator predicted that the peak of unemployment will be in the middle of the year and will be 7.75%. The improvement in expectations is due to the extension of the program for providing state aid to companies in the payment of salaries. In December-February, the unemployment rate in the country was 4.9%.

The Bank of England also forecasts inflation to temporarily exceed the 2% target by the end of 2021, mainly due to rising energy prices. The regulator expects inflation to stabilize at the target level in the medium term – in 2-3 years.

The MPC does not plan to tighten monetary policy until significant progress is evident in reducing unused capacity and achieving inflation at 2%. The regulator will continue to closely monitor the situation and, if necessary, is ready to take any measures to achieve its goals.

The pound sterling rose 0.1% against the US dollar, to $1.3921, on the results of the Bank of England meeting.

J. P. Morgan on the prospects for the United States

Chief Executive Officer of JPMorgan Chase & Co. Jamie Dimon believes that the United States expects an “economic boom”, but the country’s government may miss it if it does not develop a clear plan for public spending.

“Growth is good. Everyone should take advantage of it, ” he said in an interview with The Wall Street Journal.

However, the head of JPMorgan stressed that government spending aimed at stimulating economic growth will not have an effect if it is incorrectly planned. He noted that, for example, a road construction plan should clearly set out how many miles will be built, at what cost and in what time frame. Providing free college education will not have a positive effect if educational institutions are not evaluated by the percentage of graduates and indicators of subsequent employment, Dimon believes.

“When our government points out problems that we need to deal with, it’s right,” Dimon said. “However, if we just allocate a lot of money for this, and it’s all squandered again, we will have problems.”

He also noted that state regulation has slowed the growth of small businesses and other companies for many years.

In addition, Dimon pointed to factors that make him doubt the duration of the” economic boom ” and its impact. According to him, small businesses and low-paid workers are significantly more affected by the pandemic than others. In addition, inflation in the United States is likely to increase.

As the WSJ notes, Dimon is often asked if his interest in politics might push him to move to the civil service. For many years, he denied such a possibility. Yesterday, in an interview with the newspaper, he expressed the hope that the plans for state spending will be discussed publicly.

Dimon had previously predicted steady growth in the U.S. economy, with moderate increases in inflation and interest rates, thanks to high savings, increased vaccination, and the prospect of adopting an infrastructure spending plan that was proposed by President Joe Biden.

Strengthening of the ruble

The ruble remains in the black against the dollar on Tuesday evening amid the weakness of the US currency and expensive oil, while the ruble-denominated government debt market showed mostly negative dynamics during the day with low investor activity.

Geopolitical risks continue to act as a deterrent to the strengthening of the ruble and ruble assets.

According to Sofia Donets of Renaissance Capital, the ruble may rise by 4-6% from current levels by the end of the year, provided that there are no additional tough sanctions against Russia from the United States and the EU.

External support for the Russian currency, in addition to high oil prices, is the multi-month and multi-year highs achieved in recent days by a number of commodity and emerging currencies, and local support – a reduction of almost a quarter of the daily currency purchases by the Central Bank under the budget rule – the regulator will conduct such operations in the amount of 6.5 billion rubles against the previous 8.4 billion.

The April increase in the Central Bank’s key interest rate by 50 basis points to 5.00% per annum continues to play on the ruble’s side, which makes the Russian currency attractive for speculation on the difference in interest rates with an almost zero value for the base funding currencies.

Dmitry Dolgin of ING Eurasia Bank also cited the growth of demand for ruble liquidity from Russian corporations on the eve of dividend payments and the resumption of foreign investment in OFZ, “which amounted to $0.2 billion over the past week after an outflow of $1.7 billion in April.”

Meanwhile, in the world markets, the US dollar is now falling again against the euro and a basket of six currencies, and has gone into negative territory against some of the currencies of the commodity and emerging FX segments.

The market is waiting for the release of US consumer price data on Wednesday to determine whether inflationary pressures are intensifying, which could boost US Treasury yields and slow the dollar’s decline, some traders say.