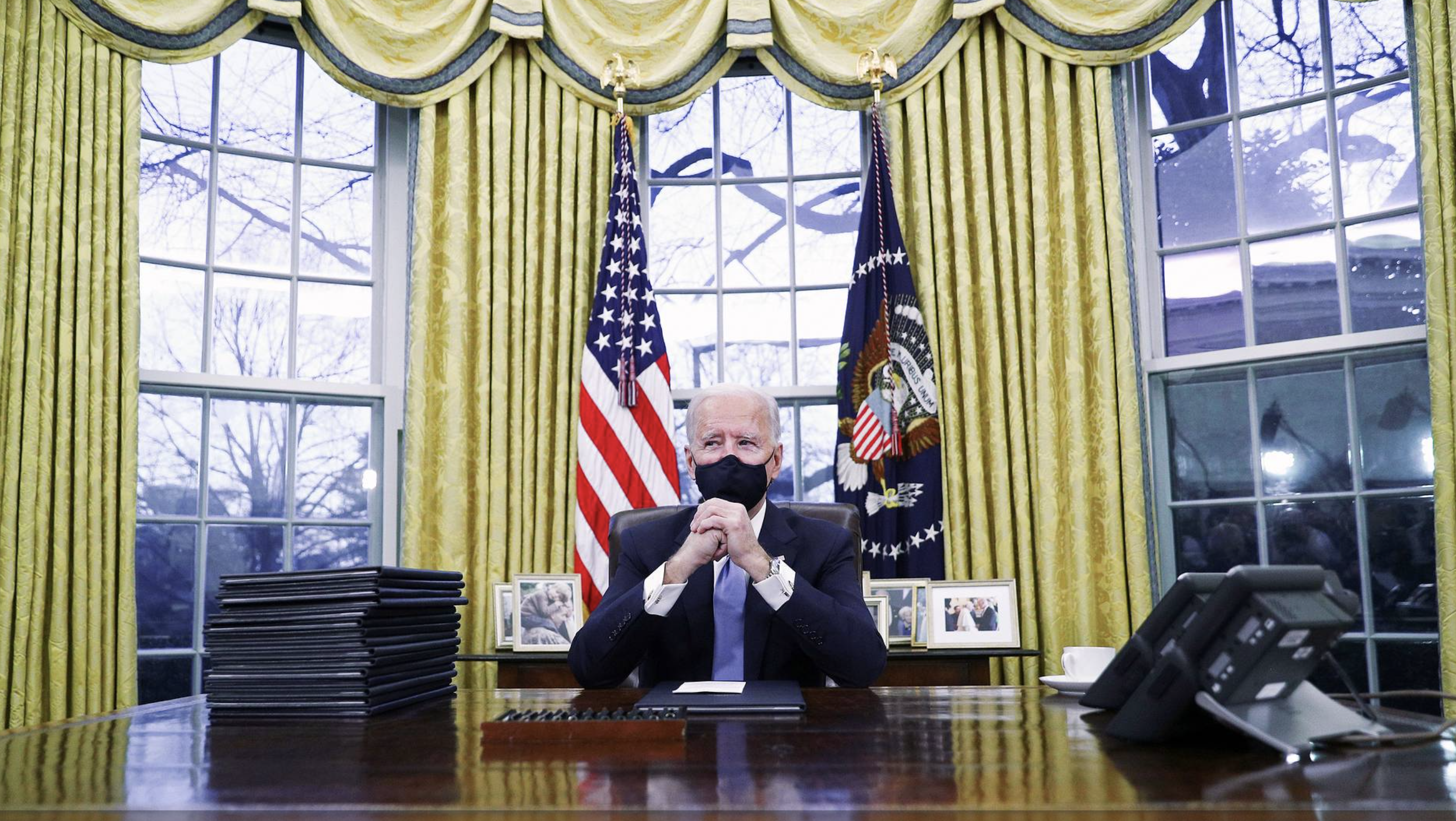 In 2020, stock prices of grocery retailers were actively growing, as did their revenue. This was due to the nature of the coronavirus crisis. Most of the population was quarantined and fed at home. Consumers were actively buying goods from grocery stores in 2020, restocking during the pandemic. Meanwhile, analysts and investors fear that demand will weaken in 2021, leading to lower LFL sales in the sector, writes MarketWatch.

“Grocery retailers and discounters were the winners in 2020 amid a sharp shift to home consumption, which fueled unprecedented growth in food, home, electronics, outdoor, home workout, and leisure sales,” the analysts write. Bank of America, noting that this year will be “a year of tough comparisons.”

Fears are growing not only among retailers, but also among companies selling goods in grocery stores.

Procter & Gamble Co, the world’s largest consumer goods maker, is down nearly 3% this week and about 5% over the past month, despite the company reporting quarterly revenue growth on Wednesday.


Truist Securities analysts warn that the coming months will be challenging.

“The company, in our opinion, had another good quarter, and over the past year, the company’s business dynamics have been very stable,” they write.

“However, we believe that good performance has already been incorporated into the stock price at current levels,” experts say, believing that P&G shares, like the shares of many other large companies in the segment of household and personal care products, as well as food, will have to declines during spring and summer before further gains.

Truist gave P&G a HOLD recommendation and lowered its price target by $ 10 to $ 140.

In turn, Morgan Stanley analysts say many companies that have benefited from the coronavirus pandemic, including grocery retailers, have peaked in terms of margins and cost.

It seems that the confrontation between the United States and China will not end in 2021 either. Last week, the United States imposed sanctions on some Chinese citizens and companies. The Chinese authorities did not wait and imposed retaliatory sanctions, announcing last Wednesday the sanctions against the outgoing Secretary of State Mike Pompeo, who accused China of the Uighur genocide, and 27 other high-ranking officials of the Donald Trump government. In a message released while Joe Biden was taking the oath, Beijing accused Pompeo of “lying and deceiving” and at the same time expressed a desire to cooperate with the new US administration.

The list also includes the head of the White House National Trade Council Peter Navarro, the US National Security Adviser Robert O’Brien, Health Secretary Alex Azar and the US Ambassador to the UN Kelly Craft, whose terms of office ended with the inauguration of Joe Biden, and also former Trump national security adviser John Bolton and his former aide Steve Bannon.

All ex-officials on the list and their closest relatives are barred from entering China, and companies and institutions associated with them will be prohibited from doing business with the PRC.

Pompeo and others targeted did not respond to requests for comment. The US State Department also did not immediately respond to a request for comment.

US return to Paris Climate Agreement and WHO.

Many analysts, like the new US President Joe Biden himself, predicted a change in the state’s foreign policy. And, apparently, Biden did not hesitate and signed a decree last Wednesday that allows the US to begin the process of returning the United States to the Paris climate agreement. Biden signed this decree shortly after his arrival at the White House, Western media say.

Thus, the decision to return the United States to the agreement was one of the first made by Biden since his inauguration, which took place a few hours ago. This process is expected to take about a month. The document will be submitted to the UN, and in 30 days the United States will officially again become part of the agreement.

Donald Trump announced the US withdrawal from the Paris Climate Agreement in 2017, which drew criticism from the international community. The Paris Agreement obliged the United States to reduce greenhouse gas emissions by 26-28% by 2025 compared to 2005 levels.

The Paris Climate Agreement entered into force on November 4, 2016, following its ratification by 55 parties to the United Nations Framework Convention on Climate Change, which account for more than 55% of global greenhouse gas emissions. Russia ratified the agreement in 2019. Trump considered the agreement unprofitable for the United States: in his assessment, it imposed much harsher restrictions on his country than on others, in particular on China.

Biden also signed a decree that reverses the decision of his predecessor Trump to withdraw from the World Health Organization (WHO). The decision to return the US to WHO was one of the first made by Biden since his inauguration a few hours ago.

In the event that Biden had not taken such a step and would not have stopped the procedure for leaving WHO, the United States would have officially left the organization on July 6, 2021.

A statement from Biden’s team, released before the inauguration, said that the United States will participate in the work of the WHO Executive Committee this week, with the American delegation led by leading American infectious disease specialist Dr. Anthony Fauci. In addition, the statement said the Biden administration will work with WHO and other US partners to reform and strengthen WHO and support the organization’s health action.