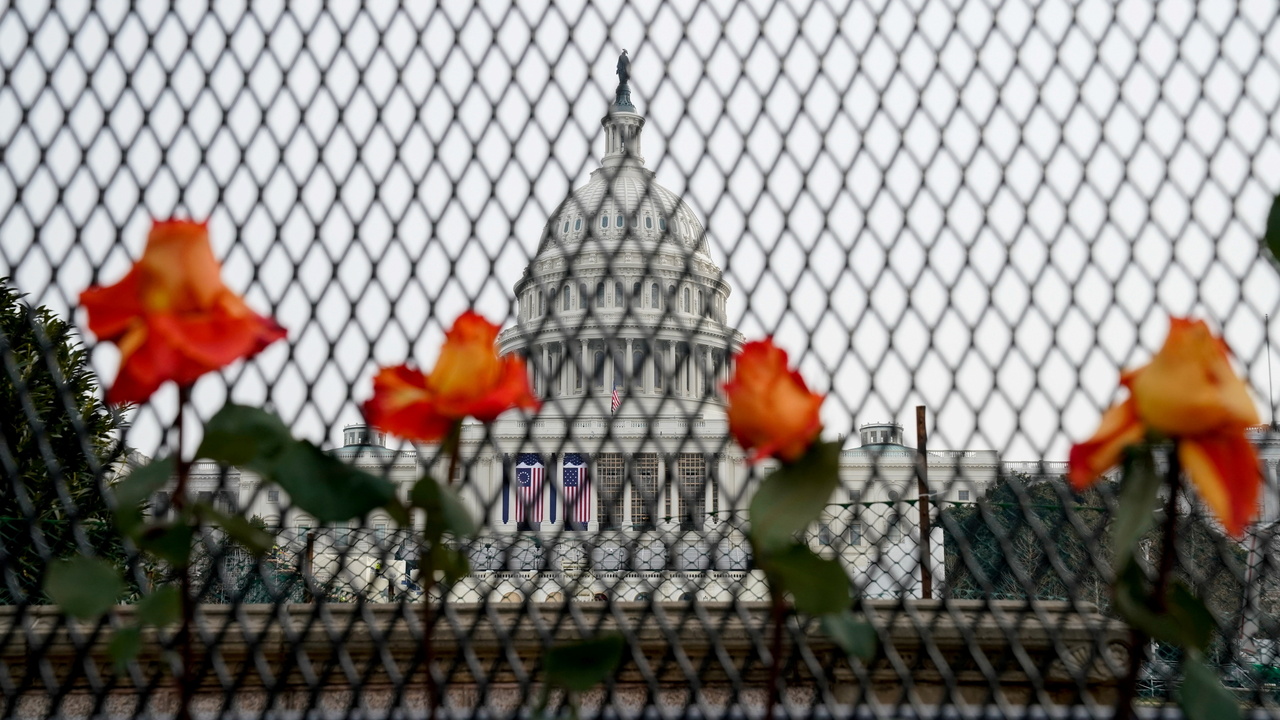 
The last American elections will be remembered by many investors for a long time. Especially because their results, according to the statements of many, could change at any time. This fact, of course, raised investors’ fears about further stimulating the American economy. But it looks like the election story is coming to an end. So the American congressmen during a joint meeting of both chambers certified the results of the US presidential elections, confirming the victory of Democrat Joe Biden.

Certification by Congress is a mandatory final stage in the confirmation of the elected president in the United States. Its implementation is required by the Constitution. Congressmen must certify the results of the December 14 electoral college vote.

US President Donald Trump urged his fellow Republican congressmen to refuse to certify the voting results. In particular, in his opinion, the Vice President of the United States, Mike Pence, who is chairing the meeting of the Congress, could single-handedly achieve this, but he refused to single-handedly make such decisions.

The meeting was interrupted due to protests by Trump supporters who were able to overcome the police cordon and break into the Capitol building. The security service was forced to evacuate high-ranking members of Congress for a certain time.

The riots in the capital killed four people. Washington Mayor Muriel Bowser has extended the state of emergency introduced earlier by 15 days. The mayor said the men who stormed the Capitol were “seeking to disrupt the work of Congress in accepting electoral college votes.” According to her, there are fears that “some people will continue their violent protests until the inauguration (January 20).”

The US presidential election took place on November 3, 2020. According to the results of the electoral college vote, Democrat Joe Biden received 270 votes necessary to win.

However, incumbent Republican President Donald Trump did not admit defeat. He accused the Democrats of cheating and “stealing” the victory from him. He initiated a series of lawsuits to seek reconsideration of voting results in several states. It is expected that such attempts by Trump’s lawyers to revise the election results will continue after the certification of the voting results in Congress.

The final stage of the US presidential elections should be the inauguration of the president, who takes the oath of office on January 20 and takes office.

Trump, for his part, at a recent rally in Washington said that he would never admit defeat in the election and would continue to fight against his political opponents.

The ECB may reduce the buyback of bonds from companies that are the main polluters.

The policy of many European states regarding companies that significantly pollute the environment has tightened in recent years. Last week, Christine Lagarde, who heads the European Central Bank (ECB), could make him a pioneer in the fight against climate change by adjusting the criteria for the quantitative easing (QE) program.

In particular, the ECB may reduce the volume of buybacks of companies that are the main polluters, according to a survey of economists conducted by the Financial Times.

Earlier, Lagarde promised to pay special attention to the problem of climate change as part of a strategic review of the ECB’s policy, which is scheduled to be completed by the second half of 2021.

Two-thirds of 33 economists surveyed by the FT are confident that the ECB, as a result of the policy revision, will abandon the principles of “market neutrality”, according to which the redemption of corporate bonds is carried out within certain proportions to the market as a whole.

The European Central Bank has previously been criticized due to the fact that its € 248 billion corporate bond buyback program focuses heavily on oil, gas, energy and airlines – the main environmental pollutants, since they issue the most bonds.

“Market neutrality has always been a gimmick, as the ECB is left with a choice of what to buy and what not to buy,” said Paul Diggle, chief economist at Aberdeen Standard Investments. “So why not make choices that are consistent with policy priorities.”

Other global central banks are also looking for opportunities to help tackle climate change. For example, the Bank of England is preparing to conduct stress tests on banks in June 2021 to assess climate risks, and, for example, the Swedish Central Bank has excluded from its reserves bonds of the Australian and Canadian regions with excessively high CO2 emissions.

The Federal Reserve System (FRS) in December officially became a member of the Network of Central Banks and Supervisors for Greening the Financial System (NGFS).

However, none of the major central banks have introduced clear criteria for linking a bond buyback program to climate change targets, experts say. Lagarde, however, has previously hinted that she would like to go for it. “Overall, it is quite possible that at some point the ECB will one way or another give preference to green issues and issuers over brown ones,” says Constantin Veit, portfolio manager of Pimco.

At the same time, such an idea could spark protests from individual members of the ECB’s governing council, including the head of the Bundesbank, Jens Weidmann, who said last month that “it is not the ECB that should correct market distortions and policy shortcomings.”

Stefan Kuts, director of research at the Institute for World Economy at the University of Keele, believes that the ECB is “very likely” to adapt monetary policy to climate targets. Coots, however, considers this a “bad idea.” Diggle, however, notes that “pushing for climate targets will actually help the ECB achieve its price stability targets, taking into account the long-term risks of climate change.”

Despite the global crisis, this year has become one of the most active in terms of mergers and acquisitions. So the volume of mergers and acquisitions (M&A) in 2020 in the world reached $ 3.6 trillion thanks to several large transactions in the past few months, according to Refinitiv data. The indicator was only 5% lower than the amount recorded in 2019. M&A activity rose sharply in the second half of the year after the COVID-19 pandemic downturn earlier in the year.

Since July, the companies have completed M&A deals totaling over $ 2.3 billion, 88% more than in January-June. In both the third and fourth quarters, volumes exceeded $ 1 billion, that is, for the first time since 2008, two consecutive quarters of transaction amounts were higher than this level, the Financial Times notes.

“This year has been in two halves. We, like everyone else, saw that the first half was heavily influenced first by the threat of the virus, then by its arrival, and then by the uncertainty that arose,” notes Pierce Pritchard Jones, partner at law firm Freshfields. in the third quarter, there was a level of confidence that allowed people to be more pragmatic about closing deals. “

“If I had been told earlier that we would have a pandemic, and the volume of global mergers and acquisitions would still remain at about last year’s level, I would be surprised,” said Lazard managing director Peter Orzag.

The positive factors of the second half of the year, according to traders, were the expectations of an imminent receipt of a vaccine against coronavirus infection, as well as the election of Joe Biden as the next President of the United States.

Analysts expect activity in Europe to remain strong in the first months of this year, in part due to a weaker rally in the region’s equity markets.

In addition, Dutch-based Royal Philips NV, which manufactures consumer goods and medical equipment, and Anglo-Dutch Unilever (AS: UNc), one of the world’s leading FMCG providers, previously said they would sell part of their business in the first half of 2021.

Among the industries, the most significant volume of M&A transactions last year fell on the technology sector (about 19%), the financial sector (over 13%) and energy (about 12%).

Goldman Sachs Group remained the world leader among M&A consultants, with a 27.9% share, according to Refinitiv.