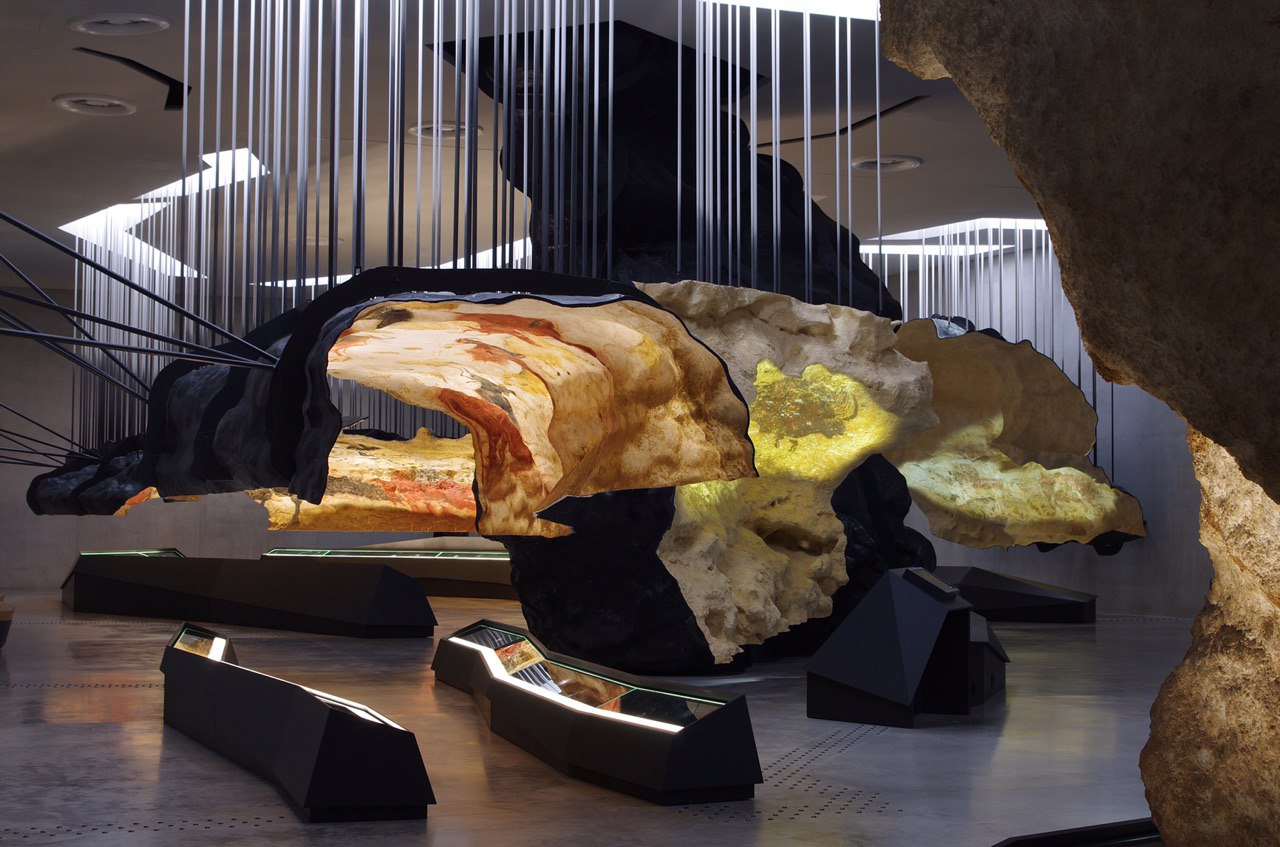 Located in the caves of France’s Dordogne region, the museum recreates the experience of the Lascaux Caves through the use of a series of immersive galleries. The caves, which originally remained opened to visitors right up until 1948, closed to the public in a bid to preserve the fragile paintings.

Over a period of two years, up to 25 artists have recreated large sections of the original paintings and hand-painted massive portions of the faux cave. According to a press release, the museum used the same pigments as those used by the prehistoric painters in a bid to reform in excess of 2,000 pieces of art.

Snøhetta, working alongside London design studio Casson Mann, collaborated closely with a team of archaeologists to create a holistic museum. “The new Lascaux IV Caves Museum is situated at the intersection of two unique landscapes, between a densely-forested, protected hillside and the agricultural Vézère Valley,” the architects explained.

They added: “The visitor experience is carefully sequenced. Beginning in the lobby, visitors ascend by a lift to the belvedere out on the roof, where they can enjoy a magnificent panoramic view of Montignac and the Vézère Valley.”

“Inside the cave facsimile, the atmosphere is damp and dark, re-creating the humidity within the caves. Sounds are muffled; the temperature drops to about 16 degrees Celsius.”

The carefully created museum is located around four hours from Paris by car and, if you want to plan your trip to Montignac by plane Bergerac Dordogne Périgord Airport is the closest.