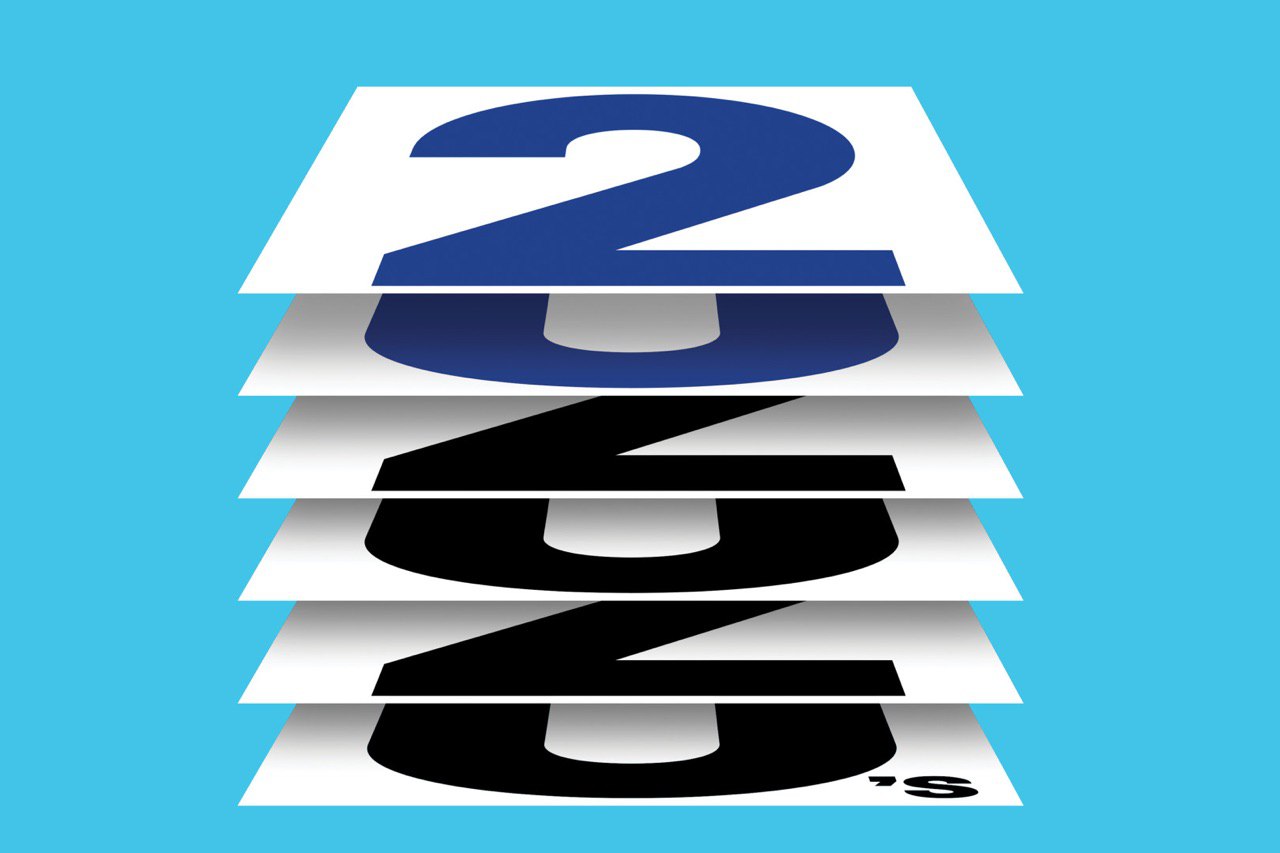 Will paper money disappear? Will gene-tailored medicine transform how we treat disease? And will you finally trade in that juicy steak for “cell grown” meat? As a new decade begins, it’s hard to think of an industry that doesn’t feel like it’s on the brink of a massive transformation.

Business and government will—gasp!—work together again.

Warning signs that the capital markets aren’t functioning properly are everywhere. Take corporate profits. Long term, they’re up. But investment is down. Now look at the levels of income inequality and youth unemployment: Young, able-bodied people lack the skills to compete in the job market, while companies are desperate to find skilled workers.

According to Mariana Mazzucato, an economist and founding director of the UCL Institute for Innovation and Public Purpose in London, paradoxes like these point to the fact that the public and private sectors have lost their way. There was once a fairly smooth running partnership between the two in which publicly funded R&D helped propel us into the space race, and, later, the computer and Internet ages.

Unless we rebuild those bonds, Mazzucato warns, innovation will dry up, growth and profits will suffer, and inequality will worsen.

Fortune: How should government and business be working together?

Mazzucato: The public sector isn’t just there to fix the market failures. It’s also an investor of first resort, to invest in some of the most uncertain highly capital-intensive areas before businesses are willing to … The big point is that we need to focus on a more purposeful system that goes beyond shareholder value. And that requires a redesign of the governance systems of both the public and private sectors, and how they relate to one another.

How optimistic are you that we can get there?

In 2019, we celebrated the 50th anniversary of going to the moon, which was basically a massive technological feat. Reflecting on that gives me hope. Humanity did something pretty extraordinary. Now think about the Apollo 11 mission. Apollo was not a left-wing or right-wing mission. It definitely was bipartisan, and it involved the public and private sectors. There were many companies, like Honeywell, Motorola, General Electric, that were fundamental in getting us to the moon—with, of course, the massive directional power provided by NASA and the government. That’s the kind of arrangement we need today.

Your ideas have been cited by Republican Sen. Marco Rubio and freshman Democratic Rep. Alexandria Ocasio-Cortez. How do you get both the right and left to listen?

I’ve learned that as long as you’re talking about the long run and risk-taking, entrepreneurship, creativity, wealth creation—in a way that really brings in both business and the public sector—it ends up being a bipartisan narrative.—Interview by Bernhard Warner

The new age of economics is dawning.

The power of narratives in driving economic events will be studied more. Economics will become less mechanical—more attention to storytelling and changing popular ideas. And it will give impetus toward trying to manipulate and manage narratives. This is something politicians do instinctively. Franklin D. Roosevelt in 1933 said the only thing you have to fear is fear itself. That’s just one example. But before him, in the 1920s, Calvin Coolidge was always boosting the market. He thought that was the right thing for a President to do: instill confidence. But maybe not, because it ended badly with 1929 and the Great Depression.

Certain narratives are recurrent. Aristotle introduced the idea that machines might replace jobs over 2,000 years ago. Now we’re hearing that again. Automation is a buzzword from the 1950s. In fact, one downturn in 1957–58 was called an “automation recession” by some. In terms of today’s narrative, I think there is danger of a serious contraction, like we had 10 years ago. The stock market has reached new records, so some people are worried. But a lot of economic indicators remain strong. It’s a split. Nobody knows exactly what’s coming. It’s like 1929. Nothing in the air strongly suggested that change was coming—and suddenly it came.

A “gold standard” of digital currencies will emerge.

Over the next decade there’s the potential for an entirely new form of money, “stablecoin.” If achieved, it could help include the world’s unbanked population and ensure a more stable financial system for all. Experimentation with blockchain in financial services has already led to the development of digital currencies like Bitcoin and Ethereum. But these remain ineffective and have proved prone to major fluctuations and misuse. Moreover, they are still hard to use in daily life, with few retailers accepting them as a form of payment. ­Libra, proposed by Facebook and backed by a consortium of other firms, conceptually might overcome some of those hurdles: It would be easy to use via a digital wallet on Facebook and would be stabilized by pegging it to a reserve basket of currencies (for more, see the feature story in this issue). But a “gold standard” of digital currencies has not emerged—yet. The real opportunity lies in major guarantors of the financial system, such as central banks and governments, committing to a supranational form of money. Such new currency could facilitate international payments and include those people and small businesses that are currently unbanked in the financial system.

Indeed, the real promise lies not in New York, London, Singapore, or Tokyo, where most people and businesses already have ample ways to conduct business and transfer money. It lies in helping those who are unbanked in countries like India, Indonesia, Ethiopia, or the DRC. A stablecoin could make financial inclusion real. It would represent the new frontier of money. There has not been anything as exciting since Bretton Woods.

Capitalism will save the planet (seriously).

That’s changing, says Andrew McAfee, principal research scientist at the MIT Sloan School of Management. McAfee believes capitalism is partly the solution to its own ills. In the U.S. “we’re not using up the earth as much anymore. We’re using it less, even as our growth continues,” says McAfee. Pollution is, in the developed world, decreasing year over year. Electricity use has been effectively flat in America for about a decade even as growth continues. Companies are “locked in nasty competition” thanks to capitalism, McAfee says, and many are fighting to use fewer resources and less energy, which cost money.

At the same time, innovations in digital technologies are creating cleaner, more efficient alternatives to material goods. Consider the smartphone. How many fewer cameras and camcorders and answering machines and fax machines are being produced now? “I’m convinced that smartphones have actually let us tread more lightly on the planet,” he says.

That’s not to say humanity can be complacent. Without regulation, capitalism is “voracious,” McAfee says. “It will eat up sea otters and tigers and rhinos and blue whales if we let it.”

He thinks governments must protect struggling species and make polluting technologies more costly than green ones. They should also implement a carbon tax—or better yet, dividend—that would have businesses pay citizens based on the quantity of carbon dioxide the firms emit. “Properly configured and constrained, capitalism will not eat up the planet, it will actually let us take better care of it.”—Robert Hackett

Andrew McAfee is the cofounder and codirector of the MIT Initiative on the Digital Economy at the MIT Sloan School of Management, and the author of More from Less: The Surprising Story of How We Learned to Prosper While Using Fewer Resources – and What Happens Next

Business will embrace its responsibility to save capitalism.

I believe in capitalism; it’s the only system in 10,000 years that has managed to lift living standards. But it doesn’t work on autopilot. Periodically it comes off the rails, and we’re living in a derailment.

Society needs to have lots of different organizations that are all morally load-bearing. Human beings naturally organize ourselves into groups, and the most important group we’ve got on earth is the firm. Firms have to be morally load-bearing, and for most of human history they have been.

But that aspect of capitalism came off the rails sometime around the 1970s, with Milton Friedman’s dictum that the sole purpose of a firm is to make profit for shareholders. That’s a fallacy of what firms are about. That’s why after kowtowing for 30 years, the Business Roundtable has finally found the courage to say, “We just don’t do that!” Now, either [promises to take a more holistic view of the purpose of business] just degenerate into happy talk, or we get serious about it. And I think there are enough anxieties and disaffection around that we have to get serious.

Measurement [of companies’ accomplishments] matter, because if you measure only one thing—profit—in the end you’ll get only one thing. If one of the purposes of a certain firm is to help people in Africa—which sometimes it should be—then the best short-term metrics are usually the jobs it creates in the country and tax payments it makes to government, and longer-term, whether the enterprise has stimulated other companies to establish themselves or grow.

Leadership is hugely important in setting an organization’s culture. If you look at the iconic Japanese companies, the chief executive and senior management dressed like ordinary workers, they ate in the canteen like ordinary workers, and so they were able to use the word “we” without people laughing. [For a CEO who wants to create that sense of commonality, that might mean] take a pay cut, travel in the same style as employees, eat with employees—essentially make some visible personal sacrifice.

There’s nothing automatic that saves our societies. We have to save our society ourselves: It’s our responsibility each time it comes off the rails. And this time we’ve been slow to put it right. If we don’t, we will dump on our children a society that’s really, seriously, a mess. So we all have that responsibility to play our part. The further up the system you are, the bigger the responsibility.—As told to Katherine Dunn

Read more in the source: https://fortune.com/longform/ideas-shape-2020s-tech-economy-markets-ai-health-work-society/