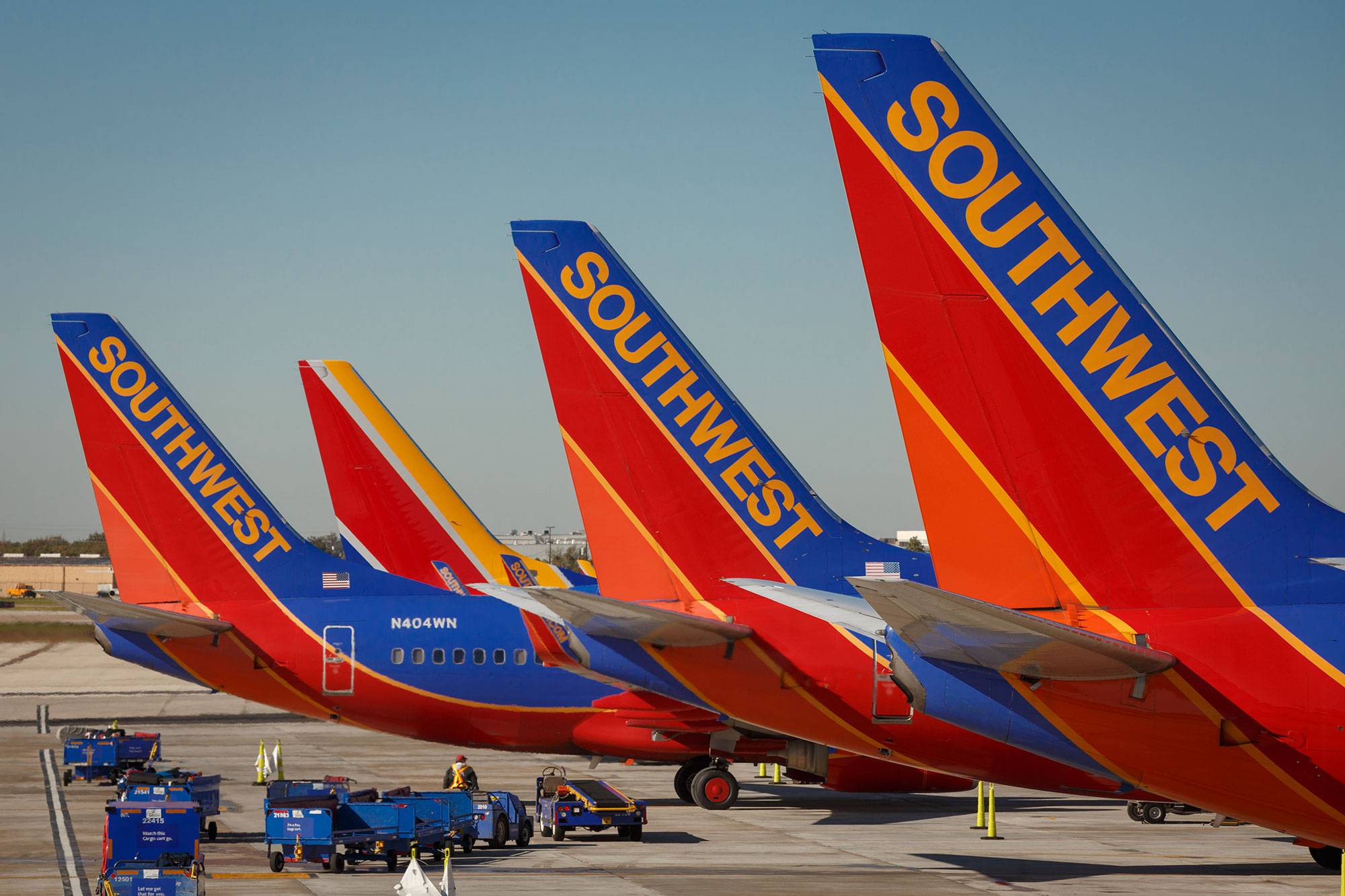 Southwest Airlines Co. is a passenger airline that carries out scheduled air transportation in the United States and in foreign markets.
As of December 31, 2021, the company’s total fleet consisted of 728 aircrafts of Boeing 737 and served 121 destinations in 42 states, the District of Columbia and the Commonwealth of Puerto Rico, as well as in 10 neighboring countries, including Mexico, Jamaica, the Bahamas, Aruba, the Dominican Republic, Costa Rica, Belize, Cuba, The Cayman Islands.
SA also provides in-flight entertainment and communication services with Wi-Fi support and SWABIZ services, an online booking system.

The company was founded in 1967 and is headquartered in Dallas, Texas.
Of course, 2020 was a disaster for all air carriers, not just for SA. However, now we can say that the company coped with the pandemic better than other airlines. Firstly, there was a net loss and a negative FCF only in 2020. And secondly, compared to 2019, revenue fell by only 18% TTM, while other major companies have a drop of 25, 51 and 33%.

The cash flow discounting model shows a fair price of $81.
Simply Wall Street values the company at $104.
15 analysts give an average estimate of $54 per share.

The advantage of SA over other companies is the absence of hub airports. It does not need to gather planes in one place, it uses point-to-point network, which helps to operate more routes.

The stock is trading slightly below the 20, 50 and 200-day moving averages, which indicates an undervaluation of the stock. The price has been in the area of 39-48 since the end of last year and is now closer to the lower limit. The growth factor towards the upper limit may be the reporting for the second quarter, which is promised by the company to be noticeably better than in the first quarter.

Conclusion:
SA is the largest airline by capitalization and an industry leader. As for the quality indicators of the business, such as ROI and ROE, the company is second only to Delta Airlines in terms of ROE, SA has 6% against Delta’s 19%. However, all other multipliers and indicators at Delta are worse, including high debt/assets and current loss. Given the difficult period that the US economy is beginning to experience, airline performance may decline again. However, the closer the share price is to $30, the more interesting SA becomes in the long run. You can start forming a long position below $40.